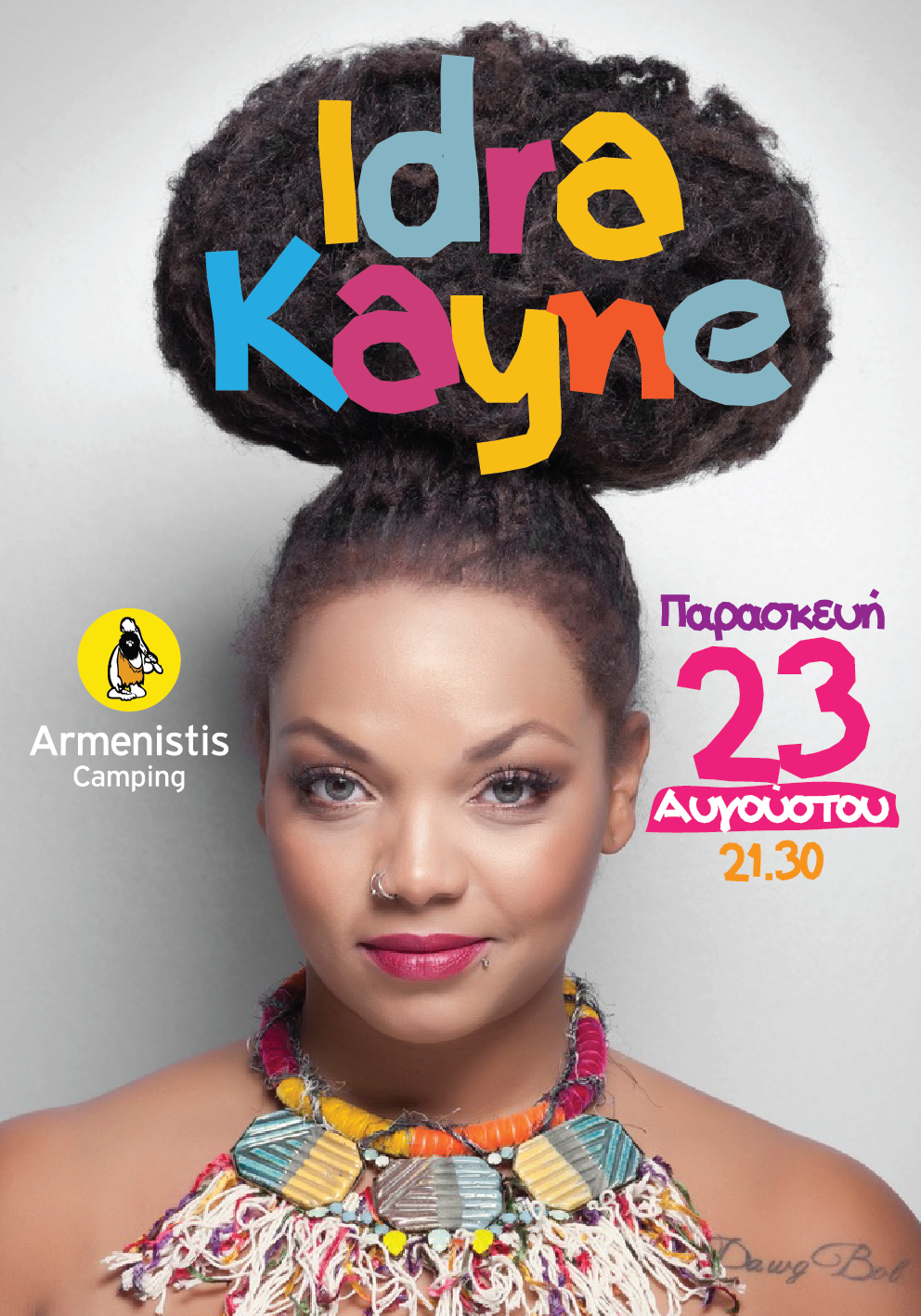 With a wonderfully well-rounded voice, with a scene presence so alive and full, you think the scene is made for her.

The real soul funk diva returns to present to us black music as it's heard today in a danceful live.

Idra Kaybe returns with a new album, after Don't Walk Away, in 2012, with the title MIC DROP and a highly dance-oriented setlist.

On Friday 23rd August, Armenistis will mutate into a huge dance stage. Idra Kaybe and her 4-man group will present songs from her discography but also all those which influenced her personally!

A live show with many 90s reference but also choice from artists whom she has loved and covered herself!

Idra Kaybe is with certainty the soul funk queen of the country and our hearts. Born in Athens from a Ugandan father and Greek mother, Idra started to work professionally in music since 200, with appearances in Athens and Thessaloniki.

In 2007 she appeared as a support act for De La Soul in the "Meet The Streets" festival in Rotterdam and since 2008 has cooperated with many artists discographically but also in live performances.

In January of 2012 she released her first album "Don't Walk Away", with the single of the same name being chosen as the song of the trimester by Jumping Fish, while in the same year she participated as an opening act for The Heavy. Outside of her appearances in major musical stages and concert spots in Athens and the countryside (Gazarte, Cross of the South, Principal etc.), Idra Kayne is active in theatre since 2011, having taken place in the operette "The daughter of storm" (2011), the musical RENT, (2012), FAME
(2013) ΑΝΝΙΕ
(2013), PRISCILLA
(2014) και SWEET CHARITY (2016-2018) and the children's shows "The book of Legends" and "The tree of Knowledge"

"Her voice has an impressive depth, the ideal soul grunge of a black diva. She could be one of the Dreamgirls, the movie by Bill Conton that portrays the musical industry of the 60s in America."
www.lifo.gr