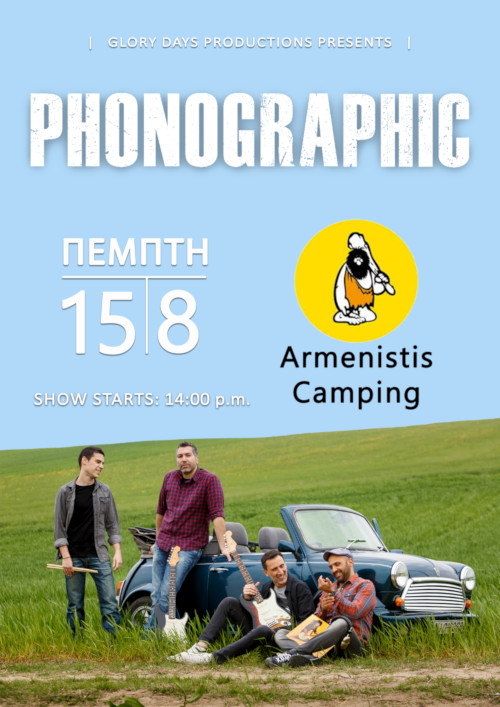 Phonographic live on the 15th of August at Armenistis

Party. Constant Party. That's what Phonographic had in mind to create when they got together for the first time in 2013. With the sound of guitar and the elixir of fun rock as the primary ingredients, they go on their own musical road trip every time, pausing to chat with U2 and James and, after getting the Smiths, the Cute and Violent Femmes on the van, they meet the flaming company of Elvis, Chuck Berry and the Beatles, who show them the right way with certainty.

Phonogenic have had an uninterrupted presence on the musical scenes of Thessaloniki for the last 6 years and this summer, on the 15th of August, they get on the scene of Armenistis, aiming to organize a group conference of fun at the hottest spot in Halkidiki.