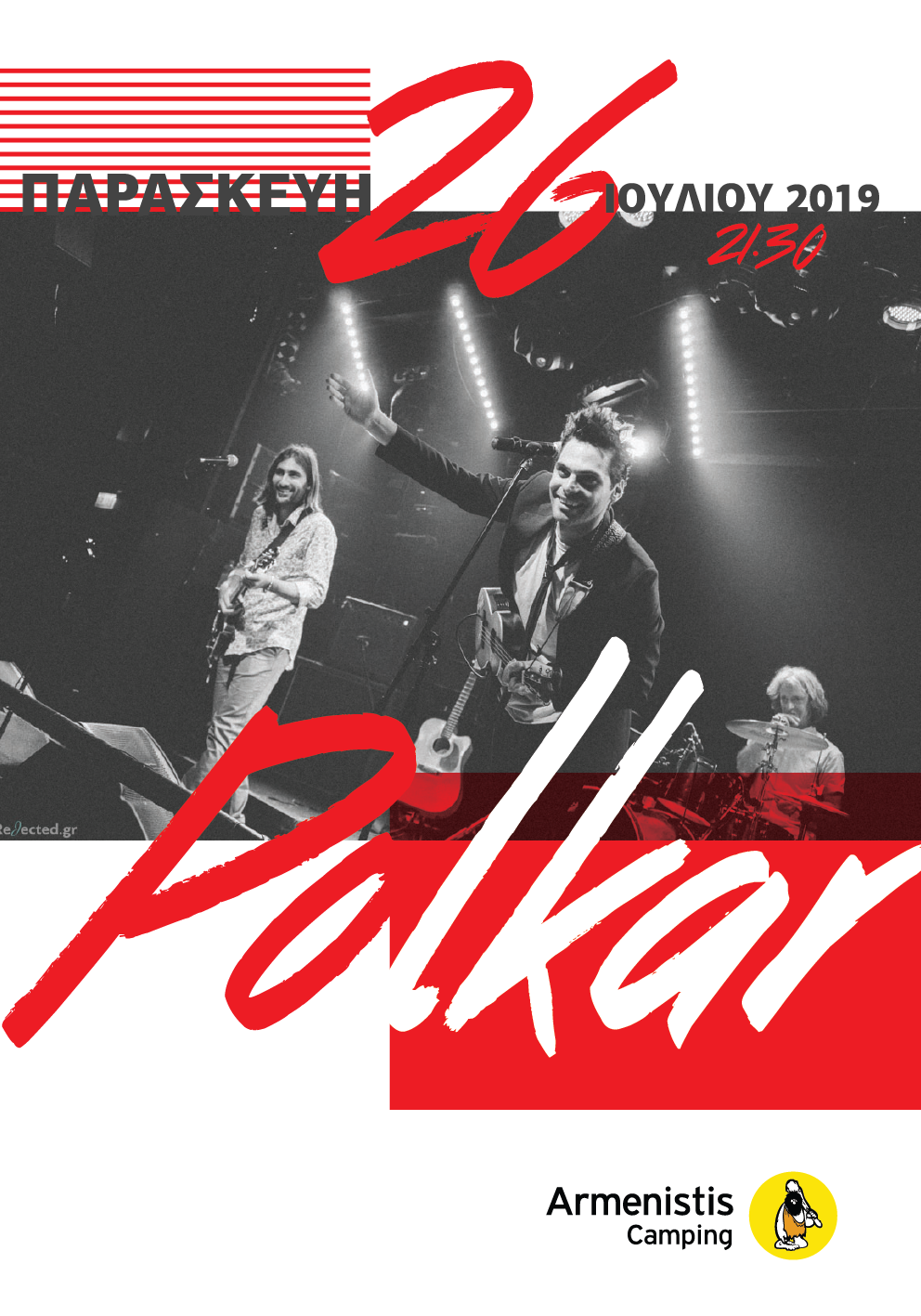 With music characterized as romantic indie/folk and with immediate references to old athenian serenades, "Polkar" began as the musical band of actor Giorgos Papageorgiou.

They took their name after a trip of the band to Serbia in 2013. In slavic, "polkar" means "drunken dancer who sings off-tune".

In their live shows the have as their axis the creation of an open musical-theatrical performance interactively with the audience, pass effortlessly from all the musical genres they're concerned with.

Indie folk, pompous retro, balkan brass and songs for "all that will begin" and for those who believe that "love doesn't care about age".