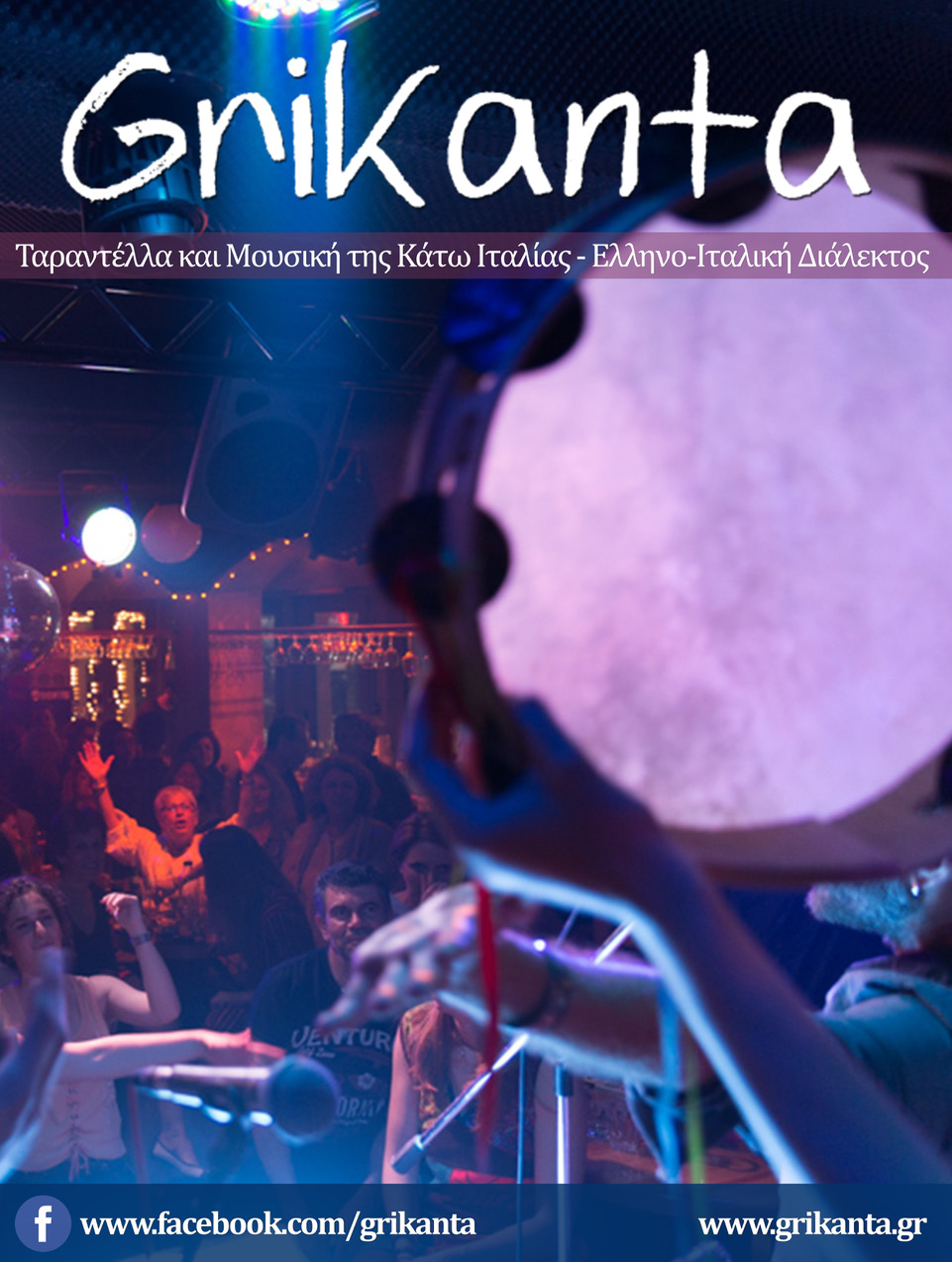 Put together in early 2015 in Thessaloniki from Pierpaolo Sicuro, musician and musicologist known for his contribution to the traditional music of Salento (Southern Italy). It consists of 6 people with origins in different musical cultures. The name "Grikanta" comes from the words "griko" (or "grecanico” which is the greek dialect of Italy) and "canta" (to sing). The music of Grikanta has the melodicity of the greek dialect and the power of the rythm of Pizzica, which is a genre of music used as a means of therapy for spider bites in Southern Italy.